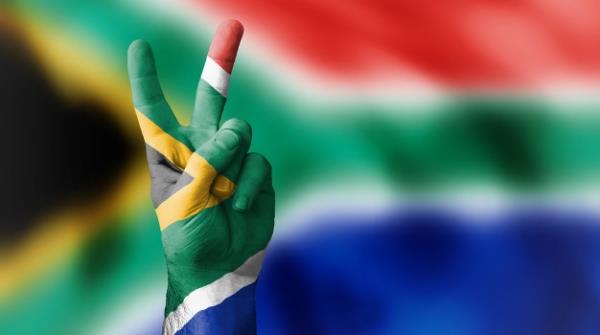 We sometimes forget too quickly.

The bombings, the detentions without trial, the hurried and unwanted exiles. When the smoke has long since wafted away, it takes with it some of the angst and excitement of days long gone. The cloaks of covert criminality and daggers of destruction and deceit have perished or rusted away since the long nights of clandestine operations, and the earth was washed in the blood of too many.

There were clashes during Codesa, mutinies in the military police, and more domestic mining as bunkers were dug to house stockpiles of sustenance to support lives lived in darkened rooms made dimmer by the fright of fear. At a time when many should have been opening up to a new freedom, we were shutting down to that possibility.

Then there were the queues.

Those impossibly long snakes of human patience which were beamed across the world as people voted for the first time in a free and fair election. Too many never lived to see this moment, for which they had sacrificed everything. There was an almost tangible worship for Freedom, and Gandhi reminds us in the times we forget, that it is sinful to worship anything without sacrifice.

We sacrificed much as a nation. Many more than some others, and we have paid a heavy price for that Freedom.

I guess though, that with all it offers us, there is one thing we may never be free from. Our own shadows.

They walk with us at all times these metaphysical shadows of Seriti or Isi’thunzi, and they constantly tell us of the dignity, respect and significance with which we conduct ourselves and live our lives. Even long after our demise and the liquidation of our assets, these shadows will exist for all to see. They will be there warts and all as the most authentic artefact of the passage of our imperfect passions, and all the things we have held dear to our affections.

What tracks will we leave in the sands of another’s footsteps?

It is not about leaving perfect shadows – for they can never be entirely perfect. There will always be an undulation in terrain, an angle in illumination and a dullness in the darkness, but while we are free today to vote, to be treated with dignity and respect, to follow our chosen religious rituals or pursue our persuasions, we remain fully responsible for our own shadows.

After casting his vote in the first democratic elections, exactly 24 years ago, Nelson Mandela went to visit the Seriti or Shadow of John Langalibalele Dube. Dube was the first President – General of the ANC, and some say the best. He died in 1946 and Mandela in his inimitable style went straight away before his first vote at Inanda had hit the bottom of the ballot box to talk to the founding President of the ANC.

“I have come to report Mr President, that South Africa is now free.”

I have no doubt that the Isi’thunzi of this formidable leader, writer, politician and poet would have rested well after over a century of fighting.

Written on his tombstone at the Ohlange Institute in Inanda is this inscription:

“Out of the darkness, into the glorious light.”

From Dube’s death to the Freedom he fought for was 48 years. To date that is my entire lifetime. That is a long time even for shadows.

Whether we are in the darkness or the glorious light, we carry our shadows with us through it all and perhaps there was one thing which helped us to achieve freedom, and that is forgiveness.

As we celebrate an entire case of Freedom Days tomorrow, can we grant ourselves more freedom through forgiving some of our own imperfections?

I am sure our shadows will appreciate the rest.

And let us not forget too soon again.

(Written on the Eve of South Africa’s 24th freedom Day)