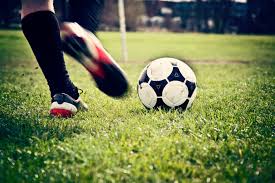 Some Penned Thoughts By Steve Hall

I have been blessed with many special relationships in my life and I enjoyed a memorable dinner with one of them recently in Cape Town’s new Local Grill restaurant in Salt River. Like all great meals, there is always something more to it than just the food or service. The company you enjoy and the conversations which flow are the real Hallmarks of a great meal out.

Uncle Butch is not my Uncle at all, but he is my Godfather, and I’ve always learned heaps from him even though for most of our lives we have lived in different cities. It was he who provided me with one of my lifelong lessons when he said that there were really only two ways to learn things properly. The first was through the hard knocks of life. The second was at the feet of the Master. He would then gently remind me that the first was often infinitely more painful than the second. Ever since then I’ve kept my ears well open when in conversation with Uncle Butch, and Monday night in a Cape Town winter was no exception.

The 2014 Brazilian World Cup had ended the night before, and the cool, clinical Germans had swept up all before them as well as the coveted trophy in a deserved procession of footballing professionalism. The talk inevitably turned to sports, and Uncle Butch started to comment about some of his observations both as a spectator and as a player in the aquatic version of the game known as water polo. As a marine biologist, he always was more comfortable in the water.

Uncle Butch always listens more than he talks, and so when he does talk I listen. And this is what I learned.

There are, he thought, three main guiding principles to these sports. There are many, many rules which should be obeyed of course, but only three main principles which should be practiced in order to triumph. Not wanting to interrupt the first lesson, I tucked into my medium rare T bone with about the same relish as Luis Suarez had dined on his underdone Italian counterpart.

Firstly, you never pass the ball to someone in a worse position than you.

This was met with much head nodding, and some discussion about what this might mean as a metaphor for everyday life. How often do we see our politicians throw the proverbial hospital pass down their hallways and hierarchies? Corporate execs flee from their ivory towers in helicopters with their bonuses in tact but the business in tatters. Sportsmen and women are thrown to the lions without even a modicum of support from their administrators. Blame blossoms and accountability evaporates as everyone from Marikana to the media looks for and then attempts to shoot the few remaining scapegoats in a field of sheep. The old adage of “Not my problem” has become a well sung line out of the International Anthem, as the dreary armies of the disengaged squeeze their sponges and journey on in the pursuit to do less with more.

It was time to order a glass of the Cape’s finest to wash down a well-aged product from what is deservedly rated as South Africa’s best Steakhouse. I was also about to digest the second lesson.

Always find a space and play into that space.

The concept of space seemed most ironic at this particular point. After 600 grams of a Tim Noakes bucket list item, accompanied with the obligatory Local Grill extras, I had none. Being so full, I was in no danger of speaking, so I continued to listen.

The great successes of life and sports seem to be in people finding space. Or in businesses, communities or even families finding space for that matter. We spoke of niches, of people who chartered new waters, or of cricketers finding new ways to play challenging deliveries. Innovation is all about finding a space and then playing into that space. Why, after all, is it wise to enter an already saturated market with the same old products? David slew Goliath when he claimed his space as a slinger in artillery, not as a swordsman in the heavy infantry. Solid relationships seem to find, as Kahlil Gibran so beautifully puts it, ‘spaces in their togetherness’. Great centres in rugby seem to not only find space, but create it, and even when marked by many, the great footballers conjure up a way to shake the defence as well as the off sides trap. Some people we spoke of had recently blossomed as they had found their space in the world, and seemed to set free their shackles as they played, and I mean played not just worked into that space. We wondered if some of our schools created space for uniqueness, or if there was space round the dinner table for differing opinions. It was Einstein who observed that space and time were essentially the same thing, so maybe, if we want more time we need to create more space. I wondered what and who were occupying my space? They didn’t always seem to be the same things which took up my time.

There is always space for a cleansing Irish coffee with Tim’s full cream, and I sipped slowly on the delicacy whilst savouring it as well as the third lesson.

Have a go sometimes, even if you have to take a risk along the way. The successful teams in the world cup may have had a solid defence, but I’m willing to bet my next steak that the real winners also took many shots on goal. Nick Faldo once won an Open Championship with a full house of 18 pars in the final round. Solid, dependable, nothing flashy, but even he would have known when to take certain shots on, and when to risk. This doesn’t mean recklessness, but rather a measured confidence born from both practice and belief. I wondered how often I had left putts short on the greens of my own life. Times when I didn’t put up my hand for fear of vulnerability, where the certain sidelines of comfort seemed so much more pleasurable than the playground of possibility. The fear of writing the book seems so overwhelming that we stop even writing an essay. Or a letter. We might argue that if we do nothing, we do nothing wrong, and therefore when our will comes into existence we leave this place a little safer. Surely though we also leave it a little poorer without our contribution. Taking a shot at our own goals is imperative if we are ever to hit them, and that means to dare to fail sometimes. So ask that someone special to dance, build your own bucket list, pull out the driver on a reachable par four once in a while, sing with your kids in the car. Travel without an itinerary, or have the odd meeting with no agenda.

It’s never comfortable to say I tried and I failed, but I’m sure it’s worse to say “I wish I had.”

There is often magic in the unknown, and when it finds some space to shine, it can light up the world. Just ask a humble herdboy who years later took a shot at wearing a number 6 rugby  jersey, and amongst other things changed the world.

Fine wine and a well aged steak are luxuries, but when they are washed down with wisdom they become a privilege.

I look forward to my next lesson from the feet of the Master.

Previous ‘How will you measure your life?’
Next Why You Lead Determines How Well You Lead

Agility: The Ingredient that will Define Next Generation Leadership