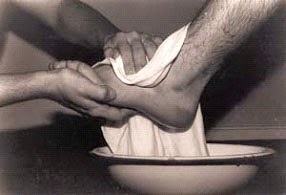 This is a well written article by my colleauge Keith Coats on humility in leadership.  Too many leaders today are operating without humility, choosing rather to function with an over-confident and arrogant approach.  The leaders of tomorrow are, as Keith explains, those who practice humility in their approach to leadership…

Think Big, Act Small by Jason Jennings is a worthwhile read (Kindle edition here). He looks into what has made best performing companies (in the USA) sustain their ‘start-up spirit’. In the book Jennings offers some arresting insights based on solid research done at the coal face of business . (It was written in 2005, before the recession, but is still highly relevant.)

One of the companies examined is that of Koch Industries, a firm founded by Fred Koch in 1940 with roots in the refining industry. The company’s annual revenues currently exceed $100 billion and according to Forbes, it is America’s second-largest privately held firm. Today, Charles and David Koch, the sons of Fred Koch, lead Koch Industries. Charles recalls two pieces of advice he was given by his father when he first joined the family business and was immediately given a part of the business (Koch Engineering Company) to run. The first bit of advice was to travel to Europe and explore what amounted to an operational strategic option. But this isn’t the advice that caught my attention – rather it was the second piece of advice that Fred gave to his son: that his son’s first deal would be a loser, “because otherwise you’ll think you are a lot smarter than you are.”

It was all about being, and remaining, humble.

In fact Koch’s leadership development programmes intentionally focus on keeping humility alive within the organisation’s culture. It is so different to the brash, over-confidence and arrogance that I have often encountered in leadership circles. It is advice that stands in contrast to much of the current ‘wisdom’ doing the rounds –  wisdom which promotes that the individual or company adopts a swagger designed to impress, intimidate and dominate. It goes against much of what I know to be authentic and true.

The problem with humility as a personal trait is that it is one that eludes being recognized by the ‘carrier’. The moment one recognizes humility is the moment one is not (humble). It is one of those paradoxes. Humility is a quality recognised by others; it is confirmed from the outside in, as it were.

We need more humility when it comes to our theory and practice of leadership. There are some amazing examples, if only we would look. How do you go about ensuring that humility is part of the DNA in your development of leaders? Real humility opens the door to learning; it invites feedback and is willing to take advice. Traces of humility are to be found in questions more so than in answers. Humility defers to others and doesn’t need to be centre-stage or constantly in the limelight.

Yes, I think we could do with more humility in our approach to leadership. I wonder what such a journey, such a process would look like for you? Over the next few days I will be teaching in a leadership programme in the UK. I plan to keep such thoughts top of mind as I do so.