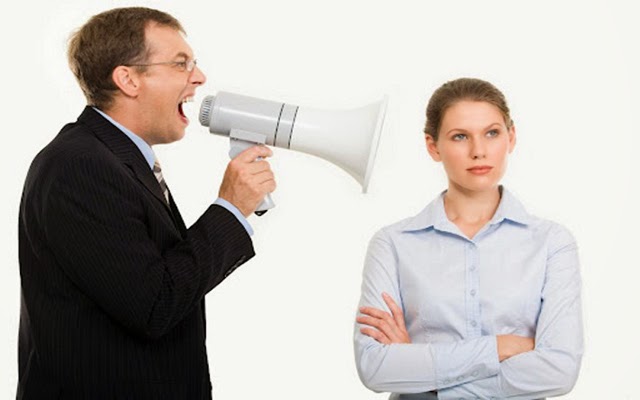 James O’Toole, author of more than a dozen leadership and management books, and coeditor of Good Business: Exercising Effective and Ethical Leadership, introduces an excerpt from The End of Leadership, by Barbara Kellerman, that takes the leadership industry to task.

Barbara Kellerman has every right to be mad as hell. Indeed, as you’ll see below, she is not being the least bit intemperate when she claims that our leaders have failed us of late. And she isn’t just talking about Ken Lay, Donald Rumsfeld, and others of their sorry ilk whose egregious behavior generated headlines about corporate bankruptcy and needless wars. She cites a recent poll showing that only 7 percent of all employees trust their leaders.

Kellerman’s main point is that those of us in the education racket deserve a full share of blame for this state of affairs. With a few notable exceptions, we’ve failed to recognize or acknowledge that the enterprise in which we are engaged is about as effective as faith healing. And, as she usefully notes, “the metrics are mostly missing” from the field of leadership development. In other words, we have no idea what works and what doesn’t when it comes to the education and training of leaders. I would go further and assert that we don’t even have metrics for what amounts to effective leadership in the first place (in contrast, for example, to the sound data available for judging the management of financial performance).

If anything, most corporate in-house leadership training is an even bigger waste of time and money than what goes on in business schools. Kellerman is right on target when she singles out the manifest inadequacies of the two corporate leadership development programs most often cited as world class: those at General Electric and Goldman Sachs. And those programs are run by the best minds in the business and supported by generous budgets!

Hey, I guess I’m as ticked off about all this as Kellerman is. If you aren’t, I suggest you read what she has written below and then you will be.

An excerpt from Chapter 7 of The End of Leadership

For all the large sums of money invested in the leadership industry, and for all the large amounts of time spent on teaching leadership, learning leadership, and studying leadership, the metrics are mostly missing. There is scant evidence, objective evidence, to confirm that this massive, expensive, thirty-plus-year effort has paid off. To the contrary: much more often than not, leadership development programs are evaluated according to only one, subjective measure: whether or not participants were satisfied with the experience. But, of course, even if they were, this does not prove the program had the impact it wanted or intended; in fact, the opposite might be true — it could be that the most satisfied participants were those who changed the least.

This is not to suggest that there are no leadership development programs that merit infusions of time and money, or that no institutions or individuals have benefited from the leader learning experience. What I am saying is this: As a whole the leadership industry is self-satisfied, self-perpetuating, and poorly policed; that leadership programs tend to proliferate without objective assessment; that leadership as an area of intellectual inquiry remains thin; and that little original thought has been given to what leader learning in the second decade of the twenty-first century should look like. There have, of course, been curricular revisions, adjustments here and there to the existing model. But in spite of the widespread disappointment in and distrust of leaders in the society at large, and despite the seismic changes in culture and technology, there has been scant alteration to the prevailing paradigm of learning how to lead; no significant attempt to reimagine the model to extend it over a longer period of years, say, or to include significant learning in the liberal arts, or to adjust to an era in which leading is less about refining the individual and more about reimagining the collective; no obvious progress in formulating a fundamental, coherent curriculum sequenced in a demonstrably (proven) sensible and successful way; and no thought given to instructing on following, when following wisely and well is manifestly as important as leading wisely and well.

Failures of leadership are found everywhere. Polls, for instance — true they don’t necessarily mean much; maybe people are ignorant or not paying attention, or in some other way ill equipped to render judgment. Still, to ignore public opinion altogether would be foolish, especially since the growth of the leadership industry coincides directly with a drop in trust in those at the top. According to a 2011 CNN/ORC International poll, only 15 percent of Americans trust the federal government to do what is right most of the time. (In the 1950s and ’60s this figure was closer to 70 percent.) Similarly, Harvard’s Center for Public Leadership found that fully 77 percent of Americans “agree” or “strongly agree” that the United States has a leadership crisis. This decline in confidence has only gotten worse in recent years and it applies to varying degrees across the board — to political leaders and business leaders, to leaders in the media and sports, leaders of nonprofits, education, the military, and even to leaders of faith-based institutions, such as churches and other religious organizations. Nor is it trivial: the recent loss of faith in America’s public institutions was described by researchers at Xavier University as no less than “devastating.”

Corporate America has taken a similar hit. Only a dismally low 7 percent of employees trust their employers, their leaders and managers; similarly, subordinates do not generally consider their superiors to be either honest or competent. The recession has likely played a part in this perception, as have a rash of recent corporate scandals. Still, this lack of confidence in corporate leaders is part of a broader picture, in which those at the top are much less trusted, appreciated, and admired than previously. “America the broken,” as Frank Bruni put it.

Institutions have been as much of an object of disdain as individuals. To take an obvious example, over the past two years Goldman Sachs’s reputation has been battered and its conduct pilloried. (Additionally — ironically, if you will — in 2011 it reported a quarterly loss — for the first time since 1999.) But then how to explain that Goldman made Bloomberg Businessweek’s list of the “Best Companies for Leadership” — despite its being so widely seen as “a symbol of everything wrong with banks, corporations, even capitalism itself”? What we had, in other words, was a situation in which Goldman’s leadership development program was among the most highly rated — even after its greed and hubris had become obvious, and even after its public floggings.

Of course, not every situation is the same. CEOs are more highly esteemed in some countries, such as India, China, and Brazil, which have enjoyed unparalleled growth in recent years, than in others, such as the United States, Britain, and Canada, which have not. But still, there’s a disconnect between what the leadership industry professes to be and what it actually is. Alan Murray, long associated with the Wall Street Journal and an old hand on these matters, wrote the following in late 2010 about General Electric, the same company that enjoys the highest possible reputation for its leadership development programs: “A decade after Jack Welch stepped down as chief executive of General Electric, he still commands remarkable respect as a management guru.

The company he once led has lost its magic, the business processes he developed to battle bureaucracy have become bureaucratic themselves, and many of the ‘graduates’ of the Jack Welch school have since stumbled — think Bob Nardelli at Home Depot or Jim McNerney at Boeing.… Yet Mr. Welch and the management mythology surrounding him continue, untarnished.” Whether or not Murray’s critique is fair, this much is true: GE’s huge investment in leadership development did not, as we know by now, protect it against the market turndown. Nor did it even protect Welch’s chosen successor, Jeffrey Immelt, who after a decade on the job still needed to prove that GE can “post solid growth and that its vaunted business model still makes sense.”

But we need neither sinking polls nor blemished reputations to confirm the obvious: in spite of our dedication to developing good leaders — from high school well into adulthood — bad leadership continues to constitute a plague. I don’t necessarily mean evil leadership as in Zimbabwe, or even corrupt leadership as in Enron. I mean more ordinary and ubiquitous types of bad leadership, such as incompetent leadership, rigid, intemperate, and callous leadership. We’re oppressed by it, depressed by it, in spite of a leadership industry into which we have poured so much money and time, so many expectations and aspirations. Clearly one of the problems plaguing the leadership industry is its fixation on developing good leaders, while ignoring completely the problem of stopping or at least slowing bad leaders. Why, one might reasonably ask, is this insidious, ubiquitous issue almost never addressed? One obvious reason: there is more money to be made in teaching people how to lead than there is in teaching people how to follow — how to follow with intelligence and integrity, which sometimes entails refusing to follow, refusing to go along with leaders who are ineffective or unethical or both.

Given that the corporate sector has been the primary, presumed beneficiary of leadership development programs, and given that these programs are now a corporate staple, one might sensibly be struck by the persistence of bad leadership in American business. Where to begin, or end, the long list of names qualifying as “bad leaders”? With James Cayne, former CEO of Bear Stearns, who appeared clueless as his company collapsed? With Sam Zell, who “sucked the life” out of his media empire? With Jerry Yang, who presided over the decline of Yahoo? With Tony Hayward, CEO of BP, who finally was forced out after his part in the worst environmental disaster in U.S. history became crystal clear? With Richard Wagoner, erstwhile CEO of General Motors, who seemed to stand in the way of its recovery? Or with…Angelo Mozilo, former CEO of Countrywide Financial who was obliged ultimately to pay $67.5 million in penalty and reparations, but who arguably never suffered punishment commensurate with his crimes? Or maybe turn to the cast of characters now held responsible for what the chairman of the Federal Reserve, Ben Bernanke, called “the worst financial crisis in global history, including the Great Depression.”

Cast members, who came from government as well as business, have since been accused of transgressions ranging from ineptitude to negligence to greed to the point of corruption. The crisis was, in any case, a consequence of human agency. It was not an act of God, nor an inevitable event in the tide of human affairs. Financial columnist Joe Nocera: “If only regulators had been willing to regulate; if only Wall Street had done proper due diligence on the mortgages it was securitizing; if only subprime companies had acted more honorably; if only the credit ratings agencies had said ‘no’ when asked to slap triple-A ratings on subprime junk. If only, if only.” Where, in other words, was the leadership industry when we most needed it?

Reprinted from The End of Leadership, by Barbara Kellerman, with permission from HarperBusiness, an imprint of HarperCollins Publishers.

Previous The End of Leadership
Next Without a Job, WHO AM I?’