One More Time – a Letter to Cherished Delegates 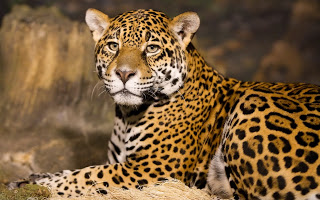 The radio crackled through and a voice found purchase between the dust and the distance of an evening drive. This usually means something exciting has been seen, and at times like this we say a silent prayer that what has been spotted is indeed spotted.

And so it was. A Leopard.

The energy ratcheted up quicker than Bruce could move through his gearbox, and as speedily as we raced through the slippery sand roads, huddled in to the center away from the avenues of attacking acacias, we were still too slow. The elusive leopard had slipped into the shadows of the night and she was gone.

If you knew Bruce like we know Bruce, you would understand that we might be in for a long night. There is no guest who is more disappointed than ranger Bruce when his vehicle has missed a sighting. With his focus sharper than the beam of light from his spotlight, he manoeuvred mercurially into every open space in the search for the glint of a reflected eye or the flick of a white tipped tail.

With a steely resolve and dogged determination, we drove and peered persistently into the dancing shadows of the woodlands hoping that a rug of royal rosettes would blanket the bough of one of the massive silver cluster leaf trees. The more we did this, the more we realized the enormity of the challenge of finding this beautifully patterned needle in its natural night haystack.

The embers of Chef Sipho Professor Number One’s small kitchen fire were cooking up another sumptuous meal at Bayete, and we wondered for how long hungry stomachs would hold out over hungry eyes in the hope of a different feast for the senses.

And then there they were. A set of bright eyes moving low to the ground and the unmistakable shape of a large male leopard as it slinked off the road and into the the silent camouflage of silver and silhouettes. It was not a long sighting, but the perfect pattern of its pelt left us with a powerful imprint on our memory in a true moment of kairos.

“One more time. Just keep your arms straight, look at the engine, keep your knees together and push your heels into your skis.”

The rope took up the slack, and as I dragged slowly through the dusty waters of the Vaal Dam my knees and skis knocked together like poorly assembled furniture. Balance comes easier when in motion, and the sixty horse power Yamaha motor surged to life, sending the bow of Uncle Graham’s boat ‘Yenalo’ skywards as it fought the water’s sticky pull.

I had no problem keeping my arms straight – it felt as though they would be ripped from their sockets – but I held on, and I watched the engine, and I pushed my heels into the skis.

I felt like a newly born wildebeest calf with legs which don’t listen to reason as I wobbled my way out of the waters and into the wind.

I was skiing. I was six years old.

I am forty six now, and I learn the lessons of ‘one more time’ still.

Edison might not have said this three word phrase, but he sure believed it, as did Einstein and Lincoln in all their failed attempts at proof or presidency.

Imagine if Mandela had stopped sending at one short of his thousands of letters of correspondence to the authorities, or Gandhi had said enough of this peaceful resistance stuff, tomorrow I shall take up arms. Each and every single day they must have been thinking “One more time”.

Just ask a Leicester City football fan who renewed their season ticket this year against a five thousand to one bet, and watched perhaps the greatest fairytale victory in the history of sport. There is great value in getting up one more time fuelled by nothing more than hope and belief.

I wonder myself if I’d gone to one more guitar or Zulu lesson whether I would be fluent now in the continent of my birth or the musical language of the globe?

I guess though that it is not so much about what more could I have done, but what could I do from here if I remind myself of the possible rewards of doing something just that one more time.

We would see a total of four different leopards this week, an unheard of number for us in these parts, and as we gazed into the hypnotic eyes of the Inkhonyani female mere meters away in a Weeping Boerbean tree we could have sworn we heard Bruce behind the lens of his Canon camera whispering,

“Come on, one more time” as he snapped away at the sexiest model he had seen in months.

It was hard to imagine anything more beautiful even in a Land Cruiser of spectacular Scandinavians, who despite their own neck turning appearances, resignedly agreed and said,

“Well, we’re still in this together.”

Previous Sarvodaya –Well being for all
Next How Trees Heal People