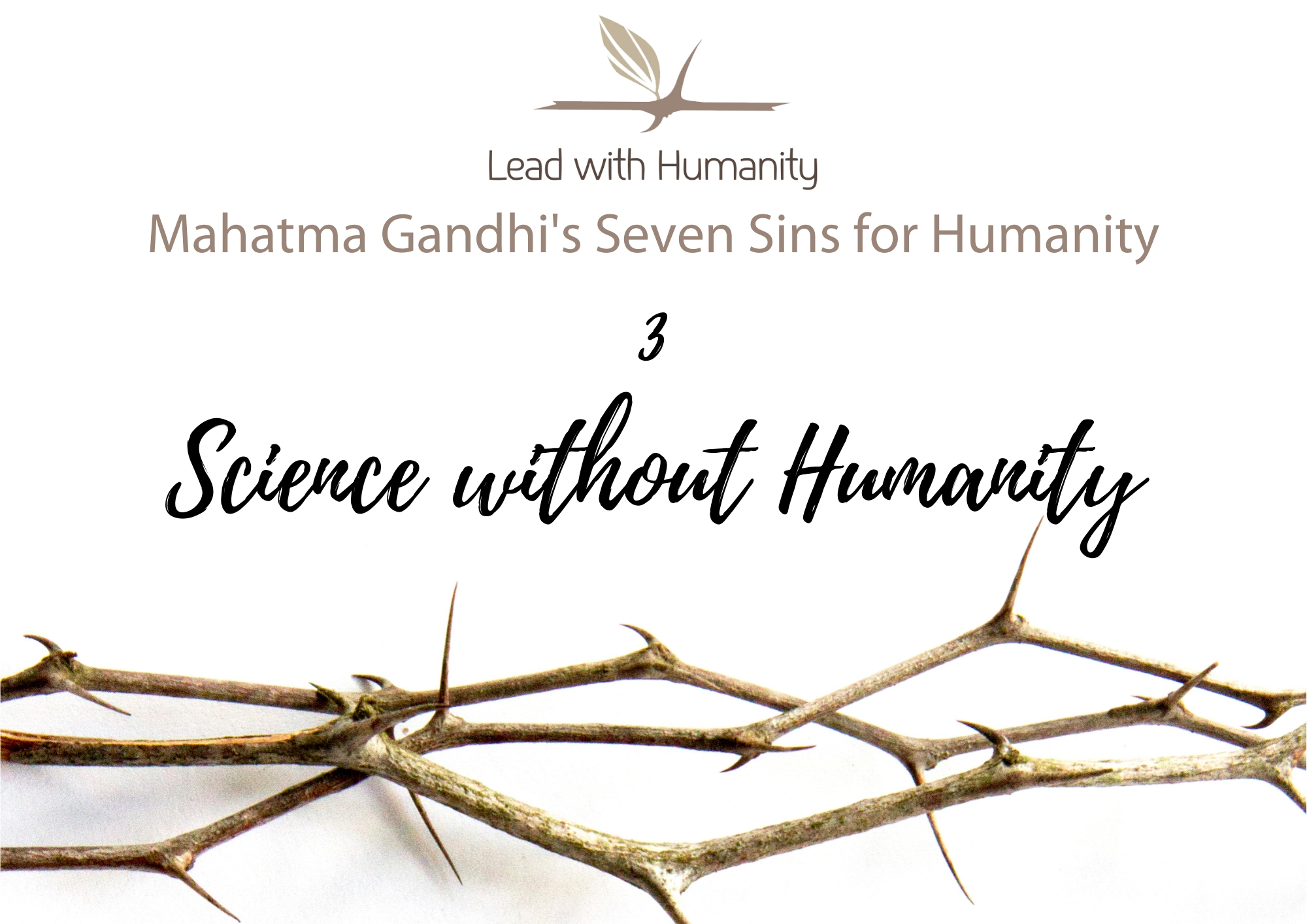 A definition of humanity: “The quality of being humane and benevolent”. And qualities which make us human – the ability to love, have compassion, be creative, and have faith in the collective.

We sit, as a human collective, on the cusp of enormous global change. What we might previously have viewed as entertaining science fiction has now become eerily realistic and conceivable. For those of us with a firm belief in the essential goodness of human beings, there is a hope that, based on sound intentions, technology will only be developed and used for the greater good of mankind and for the benevolence of the planet as a whole. As prophetically noted by Gandhi, almost a century ago, this may not be the case if developments in science and technology disregard the collective wellbeing of humanity.

With developments in Neuroscience over the last few decades, scientists can now see ‘what thoughts look like’. Extrapolate this into the world of Information Technology combined with Biotechnology and there is potential for science to engineer brains, bodies and minds. Big data algorithms will be well placed to create and predict human thinking and behaviour at the click of a switch, and to potentially even hack and hijack human behaviour.

Was a virus developed in a laboratory in Wuhan to advance human science, or even human destruction? Self-driving cars are already on our roads. Artificial Intelligence is already in our reality. We all use Google to gather information, while it is, perhaps, gathering information on us. Facebook is explained as a tool to connect humanity, but recent developments suggest that there is more at stake than humanitarian intentions and data collected on every individual holds increasing value.

According to Gandhi, if greed and power are the motivation, together with low ethical applications, where might we be headed? I wonder if Gandhi himself, had any premonition of just how quickly and how far we would have moved in the development of science and technology.

Without authentic and ethical leadership in the scientific arena, the realities of scientific endeavour which are progressing with breath-taking speed, will outpace any regulatory, medical, spiritual and political oversight. A potentially terrifying thought.

We require faith in the collective. We require ethical leadership.

Without it, we will be asking ourselves these questions, as posed by Yuval Noah Harai’s in his 21 Lessons for the 21st Century:

‘’How can we protect ourselves from nuclear war, ecological cataclysms and technological disruptions?

What can we do about the epidemic of fake news or the threat of terrorism?

What should we teach our children?’’

Lindsay Braithwaite is a Lead with Humanity Associate.  She is a specialist in people development, having worked for 30 years as a facilitator, and more recently in the past 12 years, as a Life and Business coach. Her focus is on emotional intelligence (EQ) and Coaching, using the latest advancements in Applied Neuroscience. She uses the practice of Mindfulness in all areas of her work.

Leadership thought:  Leadership is about Connection