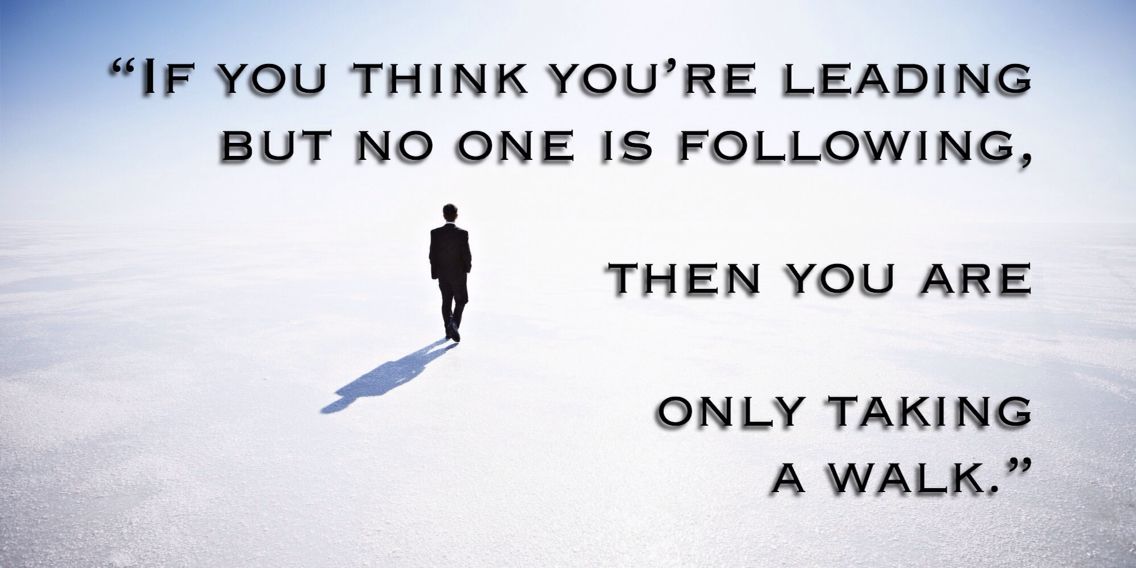 To lead with influence, you need people who trust you, who align with your values and who believe, in their bones, that they matter to you.

There is an abundance of effort and investment made in the pursuit of developing leaders for the 21st Century’s VUCA world (read more here).  There is, however, an equal shortage of energy dedicated to developing followers.  Without followership there can be no meaningful leadership.

According to Barbara Kellerman, a leadership lecturer at Harvard University, there is a lot a person can learn about being a good leader by being a good follower. Good followers, she says, are passionately committed and deeply involved. They learn empathy and humility.  They know how to work with people to bring out the best in them.

Mary’s Slaughter, of the NeuroLeadership Institute takes a deeper look at leadership beliefs that create and inspire followership.

Belief #1: I am not better than anyone else

Too often, leaders unintentionally conflate organisational status with personal worth. In reality, the role one plays in an organisational has nothing to do with their innate value. A CEO and their Executive Assistant have wildly different roles that the market compensates in radically different ways. But independent of that market dynamic, they are equal in value as people. How you treat someone signals how you value them.

How to generate followership: Treat others as if they matter more than you.

Belief #2: To be followed, I must be trusted

We know from the science that our brains crave certainty. One dimension of certainty is trust. To trust is to know and align oneself with the value system of another. At the core, organisational cultures are a direct reflection of their leaders. The shared, everyday habits that define a culture are moulded by the behaviour of leaders. Those with power either cultivate trust or destroy trust – there’s seldom a middle ground.

How to generate followership: Explicitly work on building trust.

Belief #3: Leaders derive power from followers, not the other way around

Power is fleeting and hoarding is a bad strategy. The most secure path to lasting influence is the power of your followers — those who trust you, who align with your values, who believe in their bones that they matter to you.

How to generate followership: Give power away.

In a previous blog post, Humble Leadership Really Works, we shared some insights from Dan Cable, a professor at London Business School.  Cable talks about the servant-leader highlighting how humility and respect can deliver outstanding outcomes. Perhaps even more important than better company results, this approach helps to develop better human beings.

Mary Slaughter concludes her article saying that Leaders would do well to acknowledge that the ultimate measure of their strength is their followership. Their leadership influence lives on through others, not just them. Which means that leaders without followers do not survive. So leaders, go out and show those followers why you’re worthy of following.

Is our world over manipulated and under led?