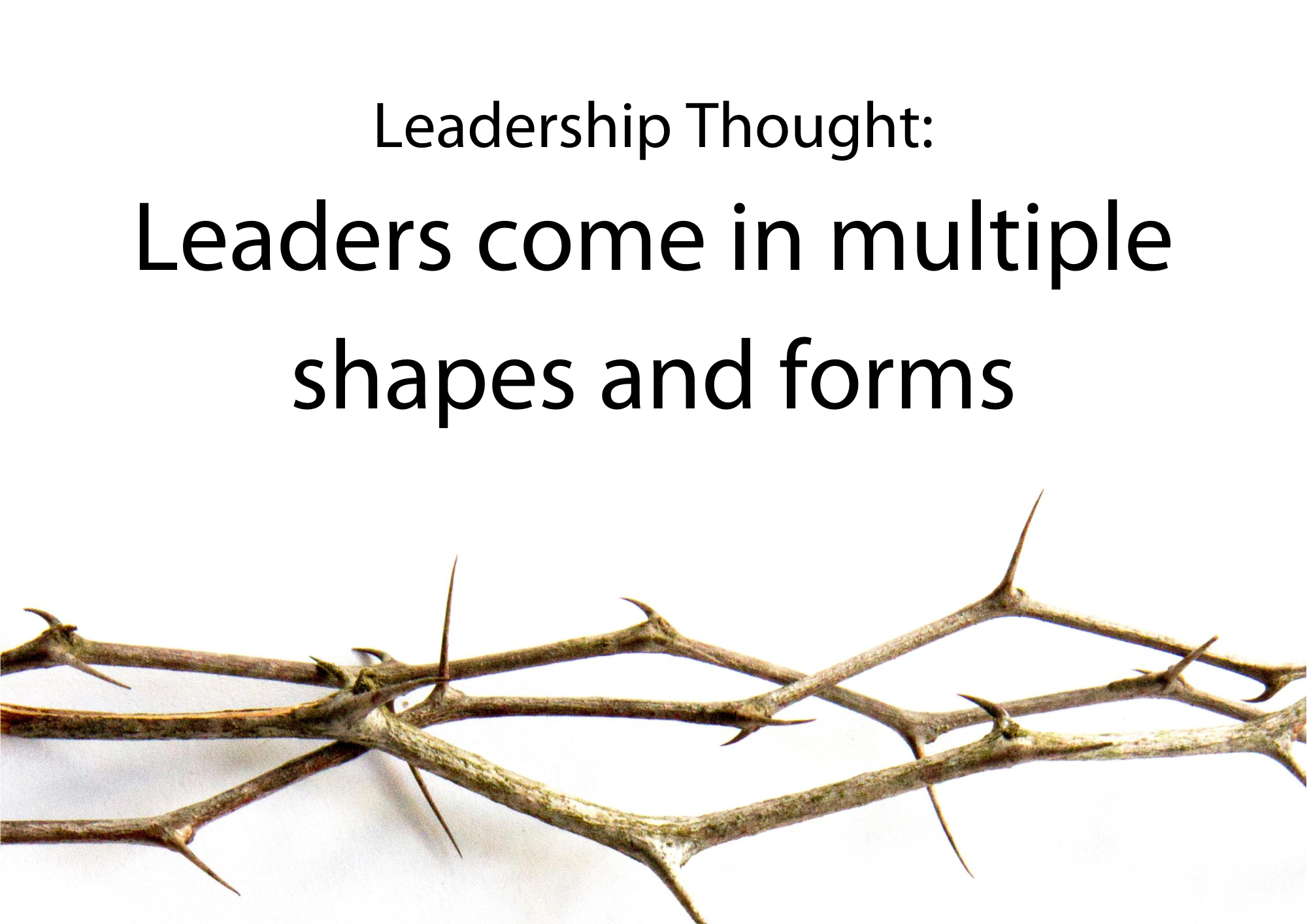 At precisely a time when we most need it, leadership is nowhere to be seen in the places we most look for it. So perhaps, we are simply looking in the wrong places.  And perhaps we also need to relook how we define leadership.

What do I mean by leadership? Margaret Wheatley, said it best:

“Leadership is about facing the reality of an imploding world, committing to self-sacrifice and the service of others anyway and restoring hope – islands of sanity and possibility in the huge sea of dissolution and despair that we are all awash on.”

And while Covid-19 has turned cracks into chasms, the signs of broken leadership making for broken organisations, careers and people, have been around us for years.

Some research to defend my point: The annual Gallup study of 142 countries consistently reports that minimal numbers of employees at organisations around the world are actually engaged at work. The vast majority, between 60% and 70%, are disengaged with a sizeable proportion actively disengaged, wandering passages, actively looking for ways to undermine the organisation that they are ostensibly part of. Study after study shows widespread incidents of workplace bullying and verbal abuse that produce climates of fear and intimidation. In 2012, a poll conducted by “Parade” magazine of the US workforce, showed that an astonishing 35% of US employees said that they would willingly sacrifice a “substantial pay raise” in exchange for having their direct supervisor fired. Not surprisingly, depression, anxiety and even suicide are on the increase all over the world, with the World Health Organization (WHO) reporting in 2019 that, globally, 264 million people are suffering from depression.

Now, here we are, in the middle of a pandemic and it has only gotten worse. The leader of the most powerful country on earth telling the world that he alone can fix things and in the same breath, taking no responsibility for deaths and economic havoc sweeping his country. Other national leaders muzzling the press rather than dealing with the realities that they are reporting because, of course, the best way for a pandemic to go away is to just tell yourself and your followers. that it doesn’t exist.

Devastating levels of corruption and waste as tenders for desperately needed services are abused and manipulated to line the pockets of an elite few.

Of course, there are exceptions.  But they are just that, exceptions – unusual and disproportionately celebrated.

There is leadership all around us.

For many years, I ran an NGO that, at the height of the AIDS epidemic in South Africa, looked after about 26 000 orphaned and vulnerable children. Sacrifice and compassion surrounded me every day. Out of the many I remember, there is one story that still moves me as much as it did when I first encountered Stephen.   He was a security guard at a local factory and his wife Lizzie packed eggs. They lived in a shack on the East Rand of Johannesburg in an informal settlement that was amongst the grimmest I’ve ever seen. One day Stephen came to Lizzie to tell her that he simply couldn’t continue ignoring the plight of the children in their community.  He asked if she would be okay if he gave up his job and tried to take care of them. She was. And so, with half of their already very meagre income sacrificed, he started up his small organisation. After several years, with no formal support, we met him and started funding him.

I heard about a Belgian woman in Amsterdam who, as lockdown was imposed, looked out of her window and realized that this was the only view she was going to have for weeks and possibly months. And then she realized that she was not alone. And so, she started a Facebook group called “View from my window” to help people feel less alone.  Within a few weeks hundreds of thousands of people posting from all over the world were posting on her page, sharing their stories and thanking her for creating this platform to connect.

I read a newspaper report of a domestic worker who, out of her own salary, has started up a soup kitchen in her area.

And every day, there are stories shared on social media platforms that seek to change the narrative of this country.  People paying off the lay byes of complete strangers so that their children can get clothes.   Teenagers taking the money for their Matric Dance and donating it instead to those in need.

“Let us use whatever power and influence we have, working with whatever resources are already available, mobilizing the people who are with us to work for what they care about.”

Like Stephen, and indeed Stephen’s wife; the domestic worker who started a soup kitchen and the learners who donated their matric dance funding, their leadership and subsequent influence was a choice.  Anybody and everybody can lead when they make the personal and intentional choice to do so.

Like the woman who started ‘View from my Window’, leadership is about creating and nurturing connections.  The teacher who forms an unmatchable bond with her students, the nurse who connects with a lonely patient, or the author who, through their words, connects to hundreds of different people around the world.  These are all examples of great leadership.  But do we acknowledge it as such?

I can only shake my head in wonder and gratitude for all that is beautiful in the world.  Great leaders are, indeed, all around us.  They are found in the places we tend to overlook. We just need to look a little closer, and perhaps, with a different perspective, for the people doing what they can, where they are, with what they have to build those islands of sanity that are all we will be able to swim for, as the seas around us get rougher.